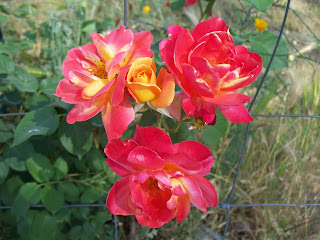 I've been reading quite a bit about marriage lately- the good, the bad, and the too often ugly of it. When the topic of "arranged marriage" came up, I felt like most modern western people might- that it sounds a bit archaic and unimaginable. But, come to think of it, arranged marriages have probably been the basis of the majority of marital unions throughout history. I knew that some arranged marriages are forced, like when a 12 year old is married off to some old man, which is appalling and gross, and should not be allowed anywhere in my opinion. But, I hadn't realized that in other cases, the couple actually has some input and choice in the matter- it's like a family decision. In most cases of arranged marriage, the union is really important to all the families involved, and there are whole host of implications socially, culturally, and economically that go with it.

Chitra Divakaruni's book Arranged Marriage, gives interesting insight to the importance of marriage for an Indian woman. She tells of a few unions that are happy, and of others involving violence and intimidation. I think many victims of domestic violence have difficulty leaving in any culture, but I would guess it might be even harder to stay away in a place where a woman is ostracized socially for not sticking with her husband, no matter what, and where she is not considered to have any worth or value on her own. Divakaruni may not blatantly disapprove of the custom of arranged marriage, itself but she sheds a strong light on the intense social pressure Indian woman are under to get married, and stay married. I think she acknowledges how deeply the social customs are a part of her culture, and the conflict people experience because of it. She seems mostly to disapprove of the part of her culture that gives women so little power, and so few options. As a woman, and the mother of a daughter, this makes me really count my blessings.

Anita Jain gives a very different look at the topic in her New York Magazine article “Is Arranged Marriage Really Any Worse Than Craigslist?” Jain is a well educated, unmarried Indian woman in her 30's living in New York. She tells comical tales of her parents attempts to find her a match using modern online arranged marriage websites, with her father embellishing her description and making exceptions to his religious expectations for men who make over $200,000 a year. As she has gotten older, her disdain for the matchmaking has lessened, and her willingness to go on those blind dates has increased. She says, “Undeniably, there’s a lack of mystery to Indian-style dating, because both parties are fully aware of what the endgame should be. But with that also comes a certain relief...With other forms of dating the options seem limitless...The not-knowing-where-something-is-headed can be wildly exciting. It can also be a tad soul-crushing. Just ask any single woman in New York.” 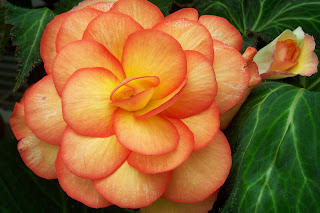 While I don't think I would want to choose my children's future spouses, I can think of certain cases where I might wish I could disqualify potential mates who have loser qualities, or give bonus points to the ones I like. I guess it's the same way I'd like to hope I can have a positive influence in any of their life choices. But that's just it, it's their life choice, and as much as it pains me, I don't get to make everyone else's choices for them. I do hope I can be a trusted guide, but they are the ones who are going to have to make the choices and live with them. Thankfully, my kids are still young, and that's all a ways off, but I know it will sneak up on me.

I can't even begin to imagine who my parents would have chosen for me to marry had they had a choice in the matter. Would I have the husband I do? I really don't know, but I do think after some of the guys I dated, my parents were happy with the one I ended up with. Somehow I don't think my parents were as impressed with long haired drummers in rock bands as I was back then. I distinctly remember one occasion when the man I later married came to pick me up on his motorcycle, and my step father said "well, at least he's a nice short haired young man."  My poor parents. Thinking back on my dating years is really not making me look forward to that stage of parenting- at all. But, instead of succumbing to the anxiety and wrinkled forehead those thoughts could give me, (and since it is too early in the day for a glass of wine) I am mentally reaffirming that my children will continue to have better logical thinking skills than I did at their age. Parents of teens will probably tell me I'm being delusional, but do you really need to burst my bubble? I am trying to use the power of positive thinking here!
In any case, in the end, any marriage, any relationship for that matter, whether arranged by outside parties or self chosen, is going to take work on all sides if it's going to have any chance at making it. Just ask anyone who's been married more than ten years.
3 comments: