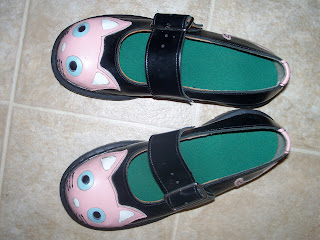 I just had a rather surreal thrift shop experience- the kind of thing that made me feel like there was a hidden camera somewhere, and people everywhere where laughing at my ridiculous situation. I already have a wavering relationship with thrift stores. Some days, I find an amazing deal on a vintage purse or bargain book and I love them. Other days, I see only overpriced, musty smelling junk that I hesitate to touch, and leave with the desire to wash my hands immediately.

Well, there is one awesome little thrift shop in my area that rarely gives me that feeling of needing a shower because everything in it is pretty darn clean and usually in really good condition. It's run by a group of elderly church ladies, is only open once a month, and not at all during the summer, but it's usually well worth it to stop in if I'm in town that day because they have the smoking hot deals. I am almost always amazed at the work these ladies must do to sort through the junk and organize things. Some of the stuff even looks like it's been folded and pressed. Even the idea of someone ironing a pillowcase makes me think of some sweet old time days that were long gone before I came into the world. A trip to this particular shop is usually a very pleasant experience. In years past, I've purchased a beautiful burgundy wool trench coat there for less than $10, and my daughter found some gorgeous embroidered vintage gloves for $2. I'm a sucker for a bargain, and usually love this place, but yesterday was a different story.

Yesterday, they were having their last sale of the season, and so I headed over for the last bit of my lunch break from the office. I rummaged around, but none of the clothing, household items or accessories really caught my eye. I had used up most of my break, but I hate to leave empty handed, so I thought I'd get a couple of remotely interesting books. The sign said that kids books were 10 cents, other paperbacks were 25 cents and hardbacks were 50 cents. It's hard to go wrong there. I picked out a kids book on card games, a kids novel about some kids who find a magic map, and a novel for myself. At the check out station, a lady I hadn't seen before was bagging the items and calling out the prices to the cashier in a very official way. 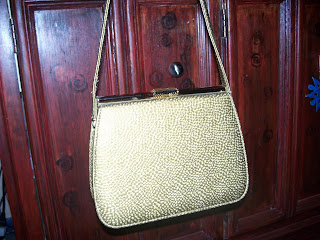 "O.K. Three books, $1.50,"  she told her.
"Oh, I thought kid books were 10 cents?" I asked. It really didn't matter, as it was a charity and all. I was just curious.
"You're saying you only want to pay 30 cents for these 3 books?" she asked in a rather loud and appalled voice.
"No, I mean I'll buy them anyway. The sign just said kids books were 10 cents." I mumbled feeling a tad embarrassed at the way she said that.
"I don't think these are kids books" she says in a huff flipping through them.
"Um, it really doesn't matter, but two of them are kid books." She's looking skeptical, so I explain. "Well, usually a book on card games for adults wouldn't have pictures of a smiling 8 year old holding giant playing cards on every page, and this novel about kids, well, it's written for kids."
"So, you're saying you only want to pay 30 cents for these?!" She was kind of shouting and starting to sound like the soup Nazi from Seinfeld.
"No, it's fine, I can pay $1.50," I say, but she's glaring at me, so I explain "I was actually only saying two of them are kids books anyway- the one with the kid playing cards on the cover, and the one about the kids with the magic map. Those are pretty much kid books- the other one is a paperback which I thought said 25 cents."

Why I was trying to explain this, I don't know. I just wanted to buy the books and go on my way. Why she wouldn't listen to what I was trying to tell her, and was instead looking at me like I was trying to pull a major scam over a couple bucks at a rummage sale, I don't know either, but for some reason, I felt I should defend my honor.
The cashier was looking at both of us like she had witnessed this kind of ugly price war display before, and wasn't looking forward to another episode. She asked "OK, so what are we doing?"
I started to tell her again to just sell me the stupid books and take my stinking $1.50 because I really need to get back to work when Mrs. Overcharge grabs them and says "Well, I have to show these to my supervisor and see if they were put in the wrong place by mistake."
Seriously? I can't believe she is still acting like they aren't kids books- as if adult books usually have main characters that are little kids who fight evil magicians... as if adult card books need to explain that a King is worth more than a 9 either! 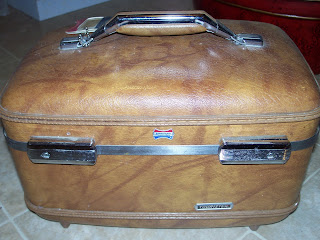 I said I'd buy them for $1.50, even though I have no idea where she got that price, but she just has to try to prove me wrong. I can't believe she thinks I am actually trying to scam them out pocket change. I mean, I know I didn't iron my shirt that morning, but I don't look that shabby. And I really can't believe there is a line forming and she has taken off with my books, like I have all day to deal with this. I didn't even really want the books, and I was being trapped in a dramatic altercation over them. The cashier is looking at me in a very uncomfortable way. I like to think she was on my side, but didn't want to cross the Price Checker.
"Just go ahead and ring those people up," I say, not wanting everyone else to have to wait on this nonsense. I walk over to where Old Grumpy Butt is talking rapid fire to the boss, and I overhear her saying in a shocked tone "and she only wants to pay 30 cents for these!"
I'm mortified. This old lady, who seems to have a bit of trouble hearing, understanding and adding, is portraying me as a villain. I am so embarrassed. I hate to talk smack about my elders, but she was clearly nuts, or having a very difficult senior moment at the very least.
For one thing I said I'd pay the lousy $1.50, and for another thing, the correct pricing would have been 45 cents, not 30 cents (2 KID BOOKS at 10 cents each, and one paperback at 25) I never said they were ALL kid books, and I never said I only wanted to pay 30 cents.
The manager is looking very confused at what in the heck her over zealous volunteer was talking about, and by this time, there were like 6 more people in line at the register. I know that every transaction will take nearly five minutes, because speed and efficiency is not really possible in this crowd. I am totally going to be late by now, and Crazy Lady is clutching the books like I'd grab them and run at any minute. 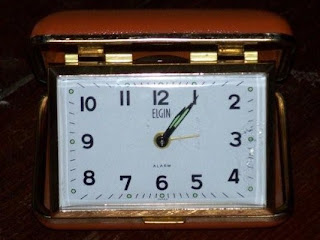 "You know, it's OK, I actually have to go back to work now. I don't need the books. It really wasn't that big of a deal. I was just saying that those two are actually childrens books."
So, I left- embarrassed and empty handed. I was also a bit confused myself. I can't believe I just had that ridiculous and illogical exchange. It's very frustrating to not be heard or believed. Of course it was just a couple of books and a bit of change, but it was also the point. This lady wouldn't or couldn't listen to anything I was trying to get across, nor would she just let me buy the books without a scene.
I probably should have just said "You're right. Those are adult books," even though they clearly were not... "and I'd be happy to pay whatever price you decide to make up for them- I'm sure those price signs were just a suggestion anyway." See I can't even pretend to do it without sarcasm, but I don't know if even a completely sarcasm free apology would have helped because she seemed to be on a mission to make me suffer. Besides, biting my tongue is not my strong point. It's not often that I feel like throwing a cuss word at someone older than my grandma, but this was one of those times. Thankfully, I resisted the urge.
Hopefully, by the time they open the shop back up in the fall, she will have moved on to another volunteer committee, or at least stopped being near the register to harass customers. I feel like she has marked me in her mind as a trouble making criminal, but hopefully, she'll lose my face in her short term memory. I hate to think of her spoiling all my future excursions there.
I told this story to a friend, and she knew exactly who I was talking about because apparently, she had seen her action as well. My friend is just nicer than me, and didn't open her mouth in the first place. At least I can take solace in knowing I wasn't her only victim.
7 comments: