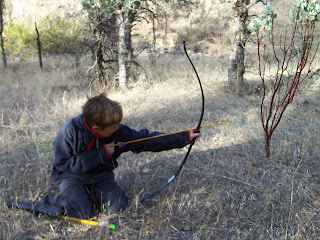 When it comes to education, a lot of people seem to get caught up in the idea of making sure the kids are "on track" as if there is really some magical bit of knowledge that a kid really needs to know at a certain age. I'm more of an end results kind of gal, shooting for long term and overall success. I know that's hard to monitor or pull off in a classroom full of same age kids, but since I'm only in charge of my own couple of kids, I feel pretty confident that several things are happening. They are learning, and they are having fun with it. 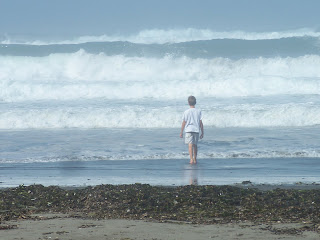 I've looked at the state standards for each grade once or twice a year to get an idea of what the "experts" have in mind. For the most part, the standards, at least in California, have not been rocket science so far. Most seem pretty easy to go over in some way, and some seem so ridiculous that I don't really see the point. For example, on the second grade standards, I seem to recall something about having the student interview a local athlete and write a report. Somehow, I didn't see the point in having my 7 year old do that, not to mention that he would most likely have thought it was lame. So, we skipped it, and I'm pretty sure he's going to be OK. 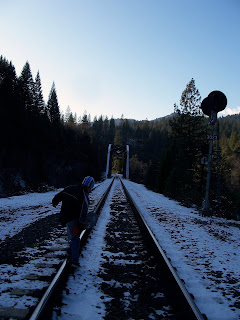 What is amazing to me, is how much faith people put in these standards. I mean, who exactly decided that a 5th grader needs to study US history and a 7th grader needs to learn medieval history? Will their life really be ruined if they don't? There doesn't seem to be a logical or chronological order to it, and most adults don't remember half of it anyway. What if a child who isn't "supposed to be" studying US history goes to the US Capitol and Washington DC, does the learning not count because they aren't in the right grade? Other than to do worksheets for school, why does an 8 year old need long division? Sure, it's good to know in the long run, but is forcing a wiggly little boy to do math drills in the name of the standards really going to improve his education in the long run? My guess is that it's more likely to just make him hate math.

Trying to follow standards certainly makes more sense in a classroom setting, but in a homeschool, really its all about the family. The family is kind of the whole point for us. I love when siblings and groups of mixed age kids get excited about some topic and go off on a self directed learning spree with it. My kids have loved the 39 Clues

books, and have been led in a number of directions researching people and places in the world that weren't on the standards for either of their grades. They pulled out maps, books, got on the internet, and even made food inspired by what they read about. They were excited and motivated, they were having fun, and they remember what they learned. In my opinion, that constitutes a real education more than forcing facts in a textbook that has no current relevance to their real lives or interests. 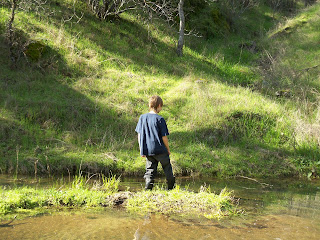 In the same way, the Percy Jackson

series led to a study of Greek mythology that neither of them was slated to learn for years, and The Alchemyst

led them to reading about all sorts of different cultures and times. They never really thought about whether they were doing something for school or for life. They were just interested and learning- and to me, that is homeschooling at its' best.

The cashier at the bookstore sometimes looks at me sideways when using my educator discount card to buy a book she doesn't deem educational. "This is for use in the classroom?" Well, since the world is our classroom, I can honestly answer yes to that, but she still seems to be puzzled that there are no textbooks in my stack.

This year, since we chose to homeschool through a charter school, we're having another look at the standards. I know that the schools' funding and the families'  freedom of curriculum is tied to the students doing well on the standards based tests, so we'll do our best to cover the material in a way that works for our family. There are actually a number of things that look interesting and a number of others that look pointless. There is quite a bit of repetition year after year, in some cases with the exact same wording listed multiple years in a row. The one thing we won't do is change our life learning style and try to force our kids into a one size fits all mold. We'll still follow our interests and learn together in real life ways, because for us, that's what it's all about. Worksheets will never take precedence over real life learning, no matter what the standards call for.

I'm always interested in hearing how other families make it work. What do you think about the standards? Do you use them at all? If so, how do you keep it fun?
7 comments: