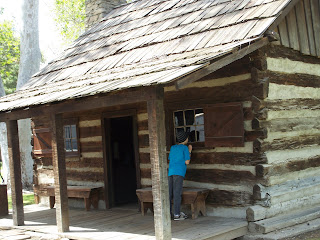 Lately, I have felt quite a lot like a pioneer. I'm not donning a bonnet or any calico, or even milking a goat- but I've been feeling pioneer-ish all the same. Kind of like I'm not sure where I'm going, but hoping the pastures will be green when I get there.

While traveling with my kids and no real plan of where we going for five weeks, I could relate to those earlier adventurers- heading off in a direction that sounded good, and not quite sure what we would find. Unlike the pioneers before me, I could be fairly sure that I would eventually find a gas station, a grocery store, and a flushing toilet. Heck, most of the time we even managed showers and WIFI. We may have taken a couple of wrong turns, and ended up in places we hadn't expected, but I didn't really have to worry that we would be lost for weeks, alone, hungry and at the mercy of the elements. 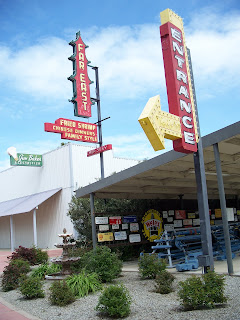 It was a learning adventure for sure. For example, when in Nevada, I learned that you should not assume that brightly lit buildings in the middle of nowhere will be all night gas stations or good places to stop and ask directions. Always check for words like "Brothel" on the neon signs, and you will know to keep on driving.


As a mother, I can't imagine what some of the first pioneers and explorers experienced though. I at least always knew my children would have something to eat- we never even came close to completely running out of snacks, and even when I just needed something specific, say.... a dark chocolate fix, it was usually not too far away (although it was much harder to sneak to myself, as I had no bedroom to close the door to. I had to learn to cut back, and to share. Not easy lessons at any age.)

I had a few stressful moments when  a campground was closed or full, and I needed to come up with a last minute late night sleeping arrangements, but I always knew there would be some thing, some place, even if it was an icky hotel or the folded down back seats of my wagon. I never felt really unsafe or afraid though. OK, I felt pretty frazzled when I missed the exit I wanted, and the next one was 10 miles away, or when large trucks with apparently caffeinated road raging drivers in cowboy hats whizzed past, or we somehow wound up on a street where barbed wired adorned every business front. So, occasionally I had hand cramps from white knuckling the steering wheel and I probably have a few more gray hairs, but overall I could be pretty sure we could eventually figure out our way to food, and lodging that did not involve barbed wire or angry cowboys. The gas light came on a time or two, but we never ran out, and we had AAA just in case. 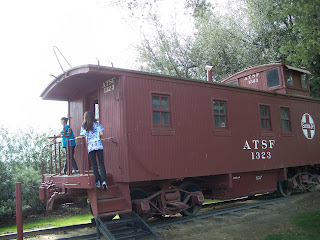 All of that exploration was quite a bit of work, but it did my heart and spirit good. I felt adventurous and free. We were three very happy explorers.

Back at home, things are feeling a little pioneer-ish as well. Homeschooling has always kind of made us feel like we were charting unknown seas. It's not like we're the first or the only ones to skip school in favor of life learning- there are many families who came before us and paved the way, and I am so thankful for that. I'm also thankful to live in an area with a big and diverse homeschooling community, so we're not the only oddballs. But it is still far from the norm- some people think it sounds neat, but isn't for them, and many people simply think we're nuts.

I however, like the adventure of taking the road without all the traffic. On coming home, I realized that I need to make some changes. My life was starting to detour and route me towards the highway of being too busy and too distracted to focus on what is important.

My kids are getting bigger, as kids will do, and they have bigger dreams and goals, and things I want to be a part of helping them find. I have dreams too, and they have trouble flourishing if all my time is split elsewhere. So, I'm taking another step, kind of a leap, on a fairly unknown journey- cutting back hugely on my hours and responsibilities at my paid work to open up that time and energy to my family and other creative endeavors, like writing. 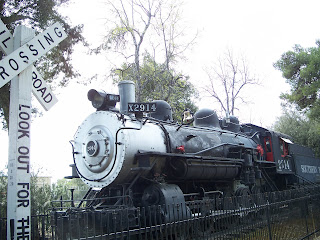 Gaining time and energy is exciting, but it means losing money, and frankly, I don't have a real clear plan for that. A number of people have said they would love to also cut back work "if they could afford it." I heard the same line about extended traveling. The thing is, it's not like I have a trust fund, or even any idea how exactly I am going to work this all out. What I do have is faith..which goes along nicely with dreams. I also trust that I have some talents and skills, and contrary to some people's opinions, I have a sort of logic too. I don't know where this path will take me either, but in the pioneering spirit, I have faith that I will find a way, and I'm going to do my best to enjoy the journey.
No comments: