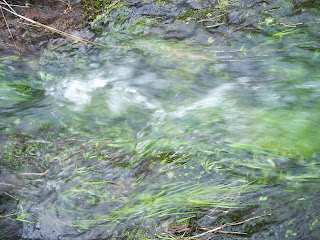 What could be more fun than a rain soaked and activity filled weekend with an eclectic batch of homeschoolers from all over the state of California? Well...less rain would've helped, but despite the weather, my family had a great time in the Bay Area at the Homeschool Association of California Spring Extravaganza last weekend.

We've been to campouts and conferences with folks from this group in the past, and always had a great time. This event was not too far from home, at a Boy scout Campground in some really steep hills in Berkeley, and super affordable, so we jumped on the chance to go.  When we signed up for a camp spot in February, we were having fabulous near 70 degree sunny days. By the time the actual event arrived in late March, it was 40 degrees and pouring rain.

Luckily, we weren't the only crazy campers. A few other families, who are much hardier at camping life than me were there when we arrived. I'm fine with a tent, as long as it's dry, Oh- and I hate being cold too but thankfully, we had tarps, a surdy tent and really warm bags.

Even better, there was a lodge building, and although it had signs everywhere telling us we couldn't sleep in it, there was nothing saying we couldn't hang out a goof off until 2 AM. We arrived on Friday late afternoon, and were able to get our tent set up under the redwoods before it started raining. Our fellow campers attempted building a fire, but it was still just too cold, which prompted us to escape into the warmth of the lodge. It was great that the group of about 8 kids got to connect on a smaller scale before everyone else arrived.

The next day, the actual extravaganza took place. It was an all day event with a little something for everyone. Boy Child enjoyed the foam weapon battle while Girl Child and her BFF enjoyed making custom flip flops and the clothing swap-o-rama (participants bring clothes they no longer want and pick out others, which can be altered and turned into new things with the sewing machines, trims, paints and other things on sight.)

We all made Franstuffies (no longer loved stuffed animals are separated into parts and reassembled into new mix and match creations.) I'm glad that the dismantling was done ahead of time, or I may have found it disturbing, but instead, we all found it fun. 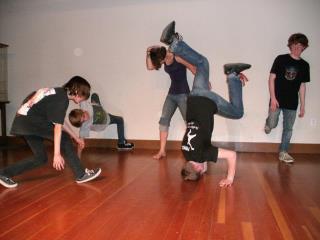 The evening was a dance and although the kids hadn't wanted to go ahead of time, they changed their minds and wanted to spend more time with their new friends. The event ended and was cleaned up by 11pm, and most of the people left for home or hotels. The campers stayed (and hung out in the lodge until the wee hours again) while the kids taught each other dance moves and played hysterical and entertaining games including ultimate ninja, a strange version of duck, duck, goose, wheelbarrow races. I bummed free wifi.

Even though it rained solid for over 36 hours, our tent didn't leak. Thankfully, it let up again in the morning while we packed up. We were exhausted and muddy and the drive home took longer than usual since I drank the worlds largest Dr Pepper to stay awake and kept having to hit rest stops.

The kids slept till almost 11 yesterday, and are already asking when we can do it again. 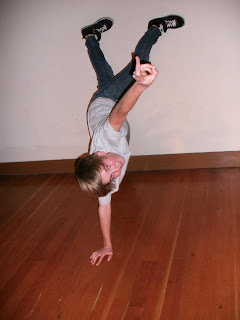