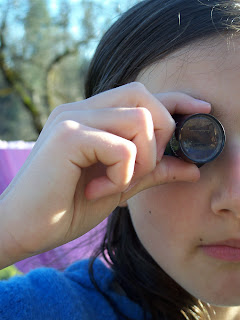 It seems like when it rains, it pours, and this fall, it has been pouring down awesome opportunities for my kids. After winning scholarships to an amazing Science camp this past summer, they both became interested in the CSI program. Not CSI as in Crime Scene Investigations, which might actually appeal to my Boy Child, but I'm fairly sure Girl Child would raise her eyebrows and decline such an opportunity. I'm talking about CSI as in Community Science Interns.

This CSI is a program for junior high and high school aged kids where they get to be involved in all sorts of hands on science, conducting experiments, communicating with real scientists, leading groups of younger kids on filed trips, and all sorts of cool stuff.

One big appeal is the enthusiasm of the group leader. I had the chance to write about him for North State Parent Magazine, and to learn more about his work with kids. (This assignment is one of my favorite writing gigs, as I get paid to chat with inspiring people who are doing great things for kids.) His excitement about science is certainly contagious. He's just as energetic as the kids, if not more so, but he also has a wealth of knowledge on all kinds of science.

There's also all his techie gear. At the camp last summer, the kids got to play, I mean work, with iPad 2s. I hadn't even played with one yet, and they were making movies that are being turned into community service announcements. They also get to run shows on the planetariums dome and experiment with all sorts of stuff. Living in the country, we lean more towards natural science at home, so the immersion in technology is awesome. 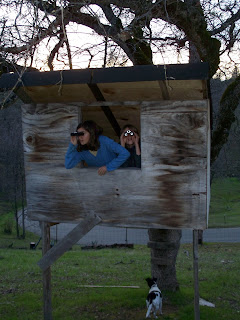 Sometimes they meet at our local planetarium, sometimes in museums or out in the field, and sometimes at the community college science lab (which they think is super cool.)

This past week, my kids did presentations on their favorite science topics -marine life and how science improves sports. Incorporating the kids' interests was definitely a smart move- they see the value in their contributions and the ways science connects to everyday things.

The down side is that the program starts really early. It's geared towards homeschoolers since it happens in the middle of a school day (and technically before we would generally start our day.) I know we aren't the only homeschoolers who shun early morning activities- I probably just complain more than most. I mean, it's not the primary reason we homeschool, but avoiding morning rushing is definitely high on the list of benefits.

Still, it's only a couple of times a month, and if gets the kids on a conference call with someone from NASA or to the chance to build some giant robotic Lego sculpture with a grown up who is just as excited about it as they are, we can handle it. A little rushing around is worth it for the kids to hang out and learn with adults who are doing work that they love, and are willing to share it with young people.

I'm sure the internships will someday look great on college applications, but I really think that spending time with people who have jobs they are passionate about, and realizing that work can be exciting rather than dreaded is probably one of the most important things the kids can learn from the experience.

For  look at the CSI program, and its fearless leader, check out my article here.

And I'd love to hear about cool happenings with kids in your area!
No comments: Links to this post