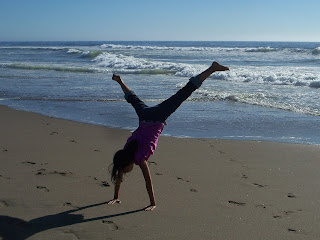 In the last month or so, I've met quite a few new people through my job, and when they find out that I homeschool my kids, the responses have pretty much always been positive- which I very much appreciate. It is never any fun being interrogated by people about personal decisions you've thought long and hard about. While I've had this happen before, my new co-workers have generally been affirmative in their comments. Some actually seem interested in the idea of homeschooling- or at least they do a good job of concealing it if they think we are freakish and weird. 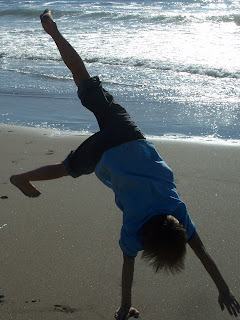 The conversation almost always includes "What do they do when you work?" though, which is understandable since I usually see these people at work in the middle of a work / school day. Most of the time, I think they are a little baffled at the idea of homeschooling if I am not at home all the time. I only work part time, some of the hours are at home, and some are evenings and weekends, so I'm not really away that often, and we have a great support team of family and friends who step in during those times. I also try to schedule my work when my kids are in their art, drama or dance classes. But, I think many people associate homeschooling to mean that kids only learn at home and from their mom.

Sometimes I try to explain my whole life learning philosophy- how learning happens all the time in all kinds of ways, that I work alternative hours, and that we also do "educational" things on alternative hours. Sometimes, I'll mention that it really doesn't take a full day to complete bookwork in a home setting, or I'll tell them about all the independent ways the kids learn on their own. Sometimes, I'm not sure if they are asking what we do about school or just what I do with my kids, and I'll just tell them what my kids are doing that day. 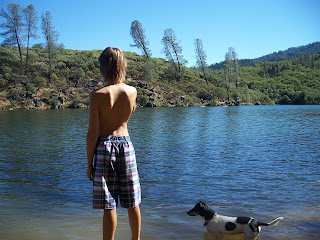 The last time this happened, I said that my kids were spending the day with their grandmother who was taking them horseback riding with a friend, shopping and out to lunch, and then to the homeschool skate day. I realized in hindsight that it kind of sounds like all my kids do is play all day. I think a lot of people have this perception of us though, and to be honest, my kids probably do get in more play than many I guess. But, they also do a lot of amazing things, some of which are even academic. It does take some work on my part to keep the academic bit free flowing and fun, but it's so worth it. They read for hours on end without being prompted. They draw, paint, build and create things. They write for their own pleasure and for contests creating magazines, books, and posters. They do have some workbooks, but they also have lessons on DVDs and the computer. They also know how to cook and shop, tend for animals and clean up a house. What they don't do is hate reading or writing or learning. They love them all, and why? Because nobody is cramming it down their throats, so it's still fun. 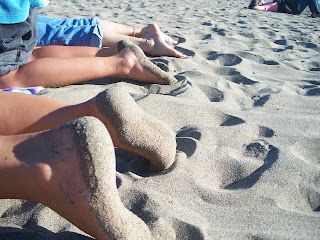 Recently, after spending an afternoon playing cards with their great-grandmother, Boy Child told me how much fun he had. How many 10 year kids actually spend hours at a time willingly interacting with an 80+ year old? And how many would have fun with it? Personally, I think that time was much better spent with great grandma than it would have been doing worksheets. The worksheets aren't going anywhere, but you don't always have your elders around to learn from.


I think my kids can learn as much by staying up late to watch a documentary on 70 year old tightrope walkers in Armenia  as they do with a textbook during "school hours." Museums, field trips and all the fun activities that are "extras" in school are the basis for us. We do a little workbook stuff too, but it's the extra, not the basis. Sketching trees or Poke'mon while listening to good books, exploring the creek with our goats, making fresh bread and soup, or building yet another contraption all look like play, but are also all valid learning experiences. 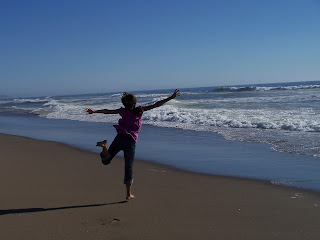 I know there are people who think kids will grow up illiterate and obnoxious if they are not forced to do hours of pointless busy work. Some people seem to get really offended or even angry at the thought of so much freedom and fun. I can't say what would work for everyone, but I do know what I'm seeing in my house. My kids are well-read, well-rounded and pleasant individuals, and they are quite happy as well. I know I would not appreciate hours of meaningless tasks at a job, so why would I expect my kids to endure it? I want real work that I enjoy and that has meaning, and that is what I try to give my kids too. Of course, we all have to do some things we don't want to do when we don't want to them- that's life and we can deal with it. But just because some drudgery is a part of life, I have no desire for it to be the majority of our lives.

So, yes, we purposefully play an awful lot, and we have lots of fun while learning. We're enjoying it so much, that I highly recommend giving it a try.
2 comments: Links to this post