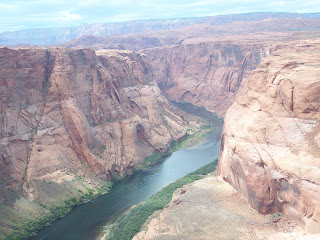 There are some things in life that make you realize that you are very, very minuscule in the scheme of things.

Standing under giant trees that are hundreds of years old is one of them. Looking up at humongous rocks that tower over you or canyons that seem to go on forever and have been being carved by rivers for millions of years are a couple more.

Having the "check engine" light go on in your 17 year old car with over 160,000 miles on it, and your two children on board with you, while driving on an mountain road in the middle of nowhere in Colorado at 8500 feet, especially when that road that has no place to pull over, no guard rails and sheer cliff drop offs, where I doubt anything that remained of your remains would ever be found if you went off- that really tends to make you feel like any illusion of control that you have is really, really tiny. 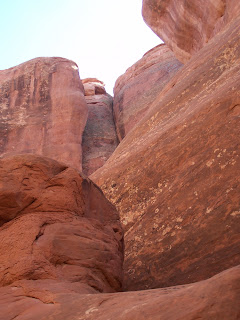 At least the car was running OK when the newest of the problem lights came on and I was on the above mentioned mountain highway. The car is a highway cruiser and thrives on the open (and flat) road, but has always been a bit sluggish on hills. It has also had a few other lights that have come on and off for a few months- an anti-lock brake warning and a transmission one, which are equally important and nerve wracking to have come on. But, I have been assured these things are fine. The "Check Engine" was new, and not very reassuring, especially when the car started a mild shuttering and sputtering when I pulled into the next town and stopped for a red light.

I saw no place open to deal with my mysterious engine issue, but I did notice that every time that I drove, it was fine. It was only when I stopped that the engine started sounding like a smokers cough, and doing a little shake. Did I mention that it was getting dark?

These are the kinds of moments when people start whipping out prayers, and I am no exception. Since the car drove just fine, I took it as a sign we should drive on. We drove to the campground that we had planned to stay at for the night where I planned to research my options. The good news was that it wasn't far, and there were relatively few stops on the way, so that was without incident. When we got there however, we found out the bad news. There was a big locked gate that prevented us from getting in. Due to a late winter, it was not yet open for the season. 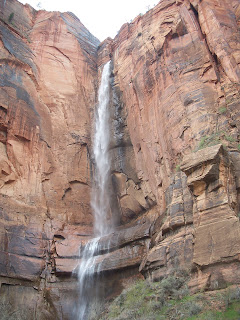 Boy Child again wanted to sleep right there in the car. I wanted to cry. Instead, we drove. We had no idea where we were going. There were no other campgrounds that were nearby and open for the season. There were no hostels in the vicinity listed in our guide book. After our last unpleasant hotel stay, we weren't liking that idea either, but it was getting darker and we were getting hungrier by the minute. Plus, every time I stopped, the car's shaky cough started again. I was feeling mildly desperate, but knowing full well that even in my annoying situation, my problems were fairly small on a global scale, and my preferences and requests were probably pretty low on the importance chart.

But, blessed as we are, things got better. It was Girl Child who ended up saving the day when she spotted a sign for the Durango Hometown Hostel. We had refuge, not to mention showers and WIFI. 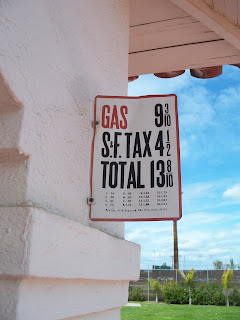 I researched online that night, and suspected that the culprit was the elevation. The car was having trouble getting oxygen just like we did when hiking so high up. The next day we got a quick check on the car at a mechanic, and since there were no obvious problems, we went with my high elevation theory and headed to lower grounds. The warning light went off and the shuttering mellowed out, and my relief was so big that I even bought my kids a giant Dr. Pepper, which is something that I never, ever do.

The light came back on and the shuttering commenced several more times during our travels, pretty much every time we were above 6500 feet in elevation. But at least the worry was smaller and we could feel a little more confident that we'd be fine if we kept going. We went on with our journey feeling happy and blessed indeed.
3 comments: Links to this post