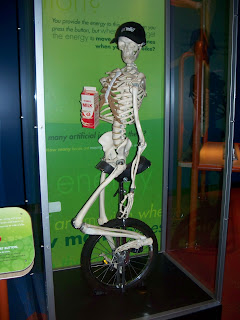 Our welcome to the state of Arizona began when we crossed the border along with the biggest group of bikers I have ever seen in my life, at least of African American bikers. Every gas station and rest stop was clogged with Harleys, snug fitting leather and body art, and some really tough looking ladies.

We had gotten a late start due to my car not starting due to a slight battery issue, but we finally made it to Phoenix. The first thing I noticed was the L.A. style freeways, but I'm pretty sure that the people of Phoenix were even more aggressive in their driving. It was like the Wild West meets L.A. We headed downtown- at least we were trying to head downtown, but we had a few added turns, which are not so fun in a land of crazy, mad drivers. I'm not even exaggerating when I say that I saw 6 separate accidents on the freeways of Phoenix that day.

Anyway, we finally found the Arizona Science Center amongst the one way streets, but unfortunately, we only had about an hour to explore. They had some really cool exhibits on how the human body works, particularly the brain. It was unfortunate that we had to rush- I always feel like I'm encouraging a short attention span, or ADHD when I rush kids who are trying to explore and learn. But, the place was going to close whether we had seen it or not, so we semi rushed, and had a skip a lot too. 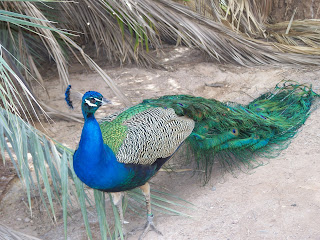 We braved the Phoenix freeways again to head to our friends house near Mesa. Did I mention that while the speed limit is a generous 75 miles per hour, many people prefer to drive 90, and there does not appear to be a motorcycle helmet law in this state either? These things, combined with the fact that people can smoke in public places and carry weapons around too, confirmed the fact that we weren't in California anymore.

Anyway, we made it to our friends house where we got the Bed & Breakfast style welcome complete with tasty food, wine for me, and soft beds. The next day, we somehow managed to land on the hottest day in the area so far this year, and I was really glad we came in the spring, not the summer. 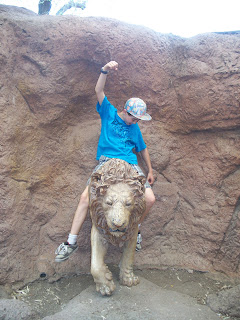 We opted out of a hike, and instead to head to the Phoenix Zoo. First, my friends helped me find a place to drop my car off to get the battery issue looked at while we went and had fun.

The zoo was a perfect outing for the kids. The habitats were pretty nice, which made me happy, and you could see that it was set up with the animals in mind, not just the viewing public.

We all enjoyed the cool walk in aviary habitats that housed not only birds, and plants but also cute little monkeys. Elephants are my favorite wild animal, but the elephants were not in the mood to be viewed that afternoon, so we only caught a glimpse while they hid behind bushes and ate. We did get great views of some magnificent rhinos, tigers, lions, and giraffes, plus a bunch of cute otters, other awesome animals. 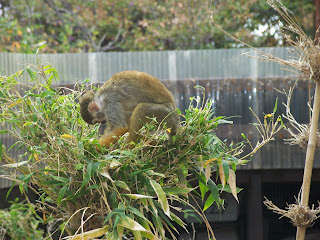 At one point, after climbing and conquering statues, Boy Child for some reason decided to pull out his little finger skateboard, and show me some "really cool tricks" along the railing above some animals habitat. I mentioned that the trick was indeed cool, but to make sure he didn't drop the skateboard in the habitat. Of course, that was the signal to some force of nature that made his finger spasm and the board fall and drop to the bottom of the habitat, and completely out of reach.

The animal was sleeping in it's hiding cage, so we never even saw it, and luckily, it never saw the finger skateboard. I had a horrible vision of this rare, endangered animal eating the toy my child dropped in the cage and dying. I could picture us being on the news as "the family that led to the extinction of a species." After my head spun around and I shot flames out my eyes at my Boy Child, I made him go find an animal keeper and confess to his crime. He suggested that he could "easily just jump right in and get it" but I decided that his idea had the potential to make things much worse, plus, I could make him suffer more the other way. 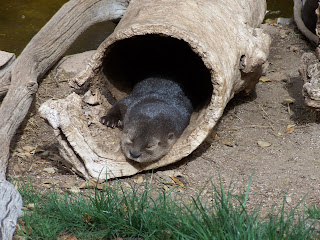 So, we tracked down a zoo emploee, who tracked down the animal keeper, and Boy Child dutifully confessed. I expected them to at least give him a stern look, if not a big lecture, but they were all jolly, like "oh, this happens all the time." They even offered to retrieve the finger skateboard. I didn't want to be a total wicked witch because it was his "very favorite, special one with the cool stickers on it" but we needed to pick up my car before the mechanic shop closed for the evening, and waiting around for a skateboard retrieval operation didn't seem to be fitting in the schedule. The nice zoo folks got it out in a hurry though, we made it out of there in time, and Boy Child left the zoo very, very relieved.

I'm sure we all learned a bunch of interesting factoids about animals that day, but I think Boy Child's biggest lesson was not to play with your toys over the edge of rare and endangered animal habitats, or any other areas with difficult retrieval options.
No comments: Links to this post