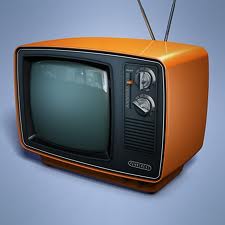 I've never been a big fan of TV.

OK, that's not true. I actually grew up glued to a screen, and a ridiculous amount of my brain space is taken up by commercial jingles and sitcoms from the late 70's and early 80's. If there were ever a random trivia contest where I could win a million dollars knowing the dialogue for every Brady Bunch episode, it's quite possible that I'd be rich.

In college, I would fall asleep watching reruns of shows that were older than me, but when I eventually grew up and had kids of my own, I questioned the constant presence of television. Perhaps it was partially maternal instinct, or maybe it was an effect of granola crunching area I lived in at the time. In any case, I sensed that TV and kids weren't a good mix.

As a semi-self righteous new mom, most of what I saw on kids TV seemed relatively brainless or obnoxious, and I really had no desire to defile the brains of my offspring with such garbage. I eventually succumbed to the lure of the small bit of freedom and time that a PBS Kids show or two could buy me, but it was very, very limited. Plus, I recalled my marketing classes, and the "whine factor" that companies wanted their toys to create, so I stuck with no commercials at least.

For the most part, I've managed to be a TV snob for the last 14 years. We managed to live in a happy little box of our own with very little TV influence for a long, long time. Of course life changes, and so do things, especially things I get on a soap box about. 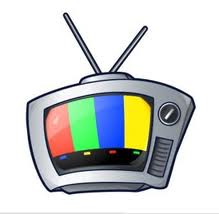 Lately, some of my days involve so much driving and running around that we are exhausted and brain dead when we get home. Now that winter has finally hit with a vengeance, we have times of being cooped up and feeling lazy. We have a house full of creative materials, which we use, but within a couple of hours, the inspiration or motivation runs low, and it's too cold, too rainy and overall too nasty to go outside. Then, I start thinking about the rot box.

Boy Child is always happy to turn it on, while Girl Child is more likely to be checking the handy function which will tell us exactly how much screen time we've had in a day, week or whatever, and informing me of it.

It never seems like it's been on as long as it has, which is probably how people end up watching the enormous amounts of TV you hear about in statistics. In my defense, we're nowhere near the national average, and it's usually educational-ish, so I can at least count some of it as homeschooling, but still....it's TV.

After years of (sort of smugly) saying "We don't really watch TV," I'm wondering if I can still honestly say that anymore. I don't think watching a documentary is the same as a reality show, but technically, we're still staring at a TV screen. Since the handy screen time tracking feature has shown that we do in fact, use the TV more than ever, I guess I should probably at least lose the raised nose / downward cast glances about the subject.

Parents in general, and homeschooling parents in particular seem to swing widely in opinions on TV. Is it a tool, or is it trash? How much is too much? Does it interfere with more creative endeavors? Does it increase bad attitudes and materialistic envy? What does your family do when it comes to watching? Since the box is obviously open for good in my house, I'd love to hear how other parents deal.
10 comments: Links to this post