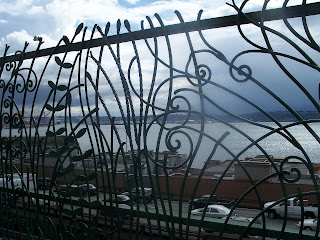 It's one of those things you know, but probably choose not to think about. Sometimes it seems obvious by the dirty looks you get when accompanied by a tired, whining child in public, but it's not often that someone comes out and says it.

I would hope that most people actually like children, especially those who choose to have them or be around them. I think often times, the disapproving glances are by people who either haven't been around kids in a while and don't remember theirs ever acting up, or by those who just aren't enjoying whatever loud child's behavior is interrupting their day. It's not kids in general they dislike- it's public tantrums.

But, there are a few people out there who for some reason other just hate children. I know because I came across one in Seattle in a mall. I was with a friend who has a large family and I had my own 2 kids along as well. We had been dragging 7 kids around the city for hours and hours, through miles and miles of attractions, all on little food and no rest. It was hard enough on the big kids and adults, but for the little ones, it was a mammoth day. 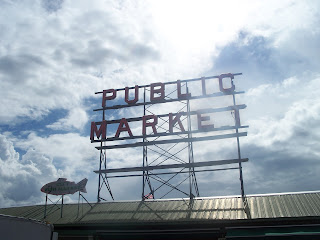 Normally, neither my friend or I would recommend such long and hard days for kids under 5, but we only had a couple of days to visit and a lot to see. The city is easier to get around in if you just park and use public transportation and your own feet. So, coffee for me and kind words for the little ones and we barreled on through the day.

As we climbed yet another set of stairs, and made our way through a massive crowd, one of the younger kids began to whine softly. This was far from a full blown kid fit. It was more of a whimper that he was tired. His mom was packing his two younger siblings- one on the front and one on the back- in a sling. I was about to tell him that I'd give him a lift on my back as soon as we got through the mass of people when a very unpleasant young woman in her early twenties- a large woman with a crew cut and hard features who looked like she could be a bouncer at a bar- moved right past and said plainly "UGG- I hate children."

For some reason, in the moment, this made me laugh out loud. I just looked at her, shook my head and laughed. I kept moving and keeping track of the little guy in the midst of the sea of bodies until we broke into a clearing. 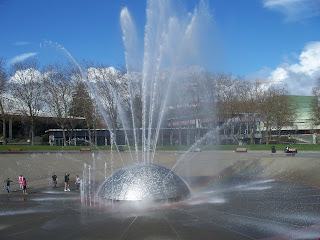 When I told my friend, she was mortified and offended. I was too, but I was also semi- amused that this seemingly bitter and miserable woman seemed to think it was acceptable or even cool to state her opinion. I mean, who says that kind of thing? We wondered if the woman also hated puppies.

My two semesters of psychology classes kicked in and I came up with possible theories about her aversion to young people, but none of them were nice and I'm not qualified to make them anyway. Besides, unlike some people, I try to occasionally use my filter when it comes to saying what I think.

Maybe she was just having a really bad day and didn't mean to say it so loudly, although it seemed like an almost boastful voice she was using, like hating kids was going to make her popular or something. Maybe someday she'll grow up and look back, repentant at what a mean young thing she was. I know I have a few instances I look back on and cringe myself. If she doesn't change her mind, I just hope she never has kids and keeps her toxic attitudes away from them.

Has anyone else ever run into someone who blatantly expressed their dislike for something so personal as your kids? How would you handle such a thing?
7 comments: Links to this post