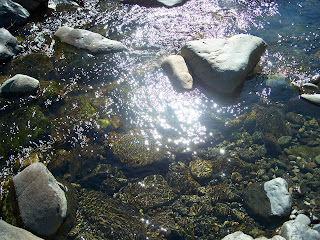 Recently some moms in my local homeschool email list mentioned that their kids had been teased in some of their classes. Although there was a small response along the lines of "kids will be kids" or "that's just life," I think most people were genuinely surprised that teasing was happening in such small groups of homeschooled kids. No one likes to believe their kids could be a part of such things, especially when we've gone out of the way to give them happy, sheltered childhoods. Homeschooling families take on a big commitment for raising our kids ourselves, and I know I keenly feel the responsibility that comes with that.

I think one of the hardest things for kids (or adults) to do when they see someone being teased or bullied is to stand up for the victim. Many people won't actually take part in the bullying, but they won't say anything against it either. I want my kids to know that if they see someone being mean to another kid, it's OK to say something like "Knock it off" or throw them a look that lets them know clearly they don't think their bullying is cool. I know confronting people is really uncomfortable, and not at all easy to do. In some situations, it could just turn the bully against you, but just standing there watching makes the victim feel like everyone there agrees with the bully. And I think some bullies thrive on an audience. If they can't take a stand, at least say "Let's go" and / or at some point let the victim know that you don't agree with whatever meanness was happening. 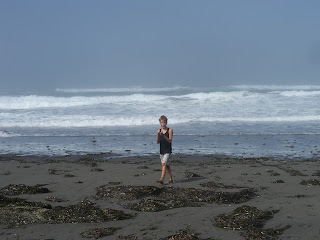 While there is some teasing that homeschooled kids may incur, I really don't think it is anything like what most kids in school have witnessed. Certainly my kids know very little of bullying compared to what I saw by the time I was their ages. They can't even imagine. The thing is, outside of schools, it isn't really so much a part of life. Of course there are jerks in the world, but as an adult I haven't really seen other adults blatantly making fun of hair, clothes, body shape, physical ability etc in the malicious ways I recall kids behaving. I've heard adults talk about other people behind their backs (which is not cool either,) but not the straight in your face meanness. I can't imagine going into a workplace and hearing "That outfit makes you look fat and your hair is stupid."

As parents, it is definitely our job to let our kids know what is ok behavior and what isn't. Even if it isn't meant to be cruel, words can hurt, and kids should know that. It's one thing if a 2 year old says "Why are you so fat?" or "Why is your car all rusty?" or "This food is gross" and it's a completely different scene if an 10 year old says the same thing. At some point, they should know that it is rude.

That's just my 14 cents...
What's your take on teasing?
2 comments: Links to this post