California history is one of those things that I can't imagine having any worries that my kids are not learning enough about. 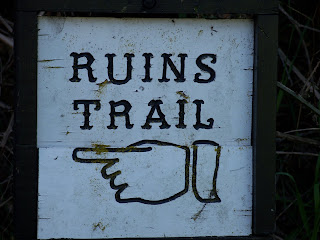 In fact, I can't really picture them not picking up on a great deal of the history just by the fact that they live in the state, and well, we go places and explore things. 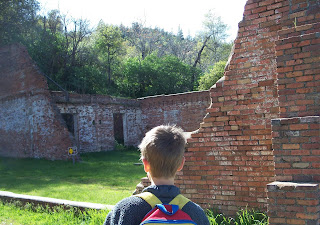 Northern California still has a lot of wild west, gold rush type places that are easy to explore for free or on the cheap. 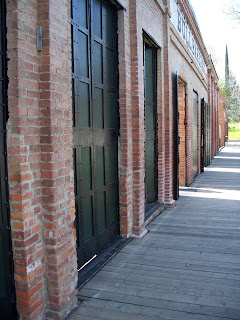 Like the cute little town of Old Shasta along Highway 299. It's tiny, and the place you could really drive by without thinking much about it, but we decided to stop there for a stroll along the wooden sidewalks. 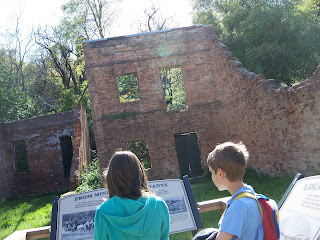 Apparently, the town was once the hub of Shasta county, until the railroad bypassed it and went through the town Redding instead (which of course, then became the county seat.) 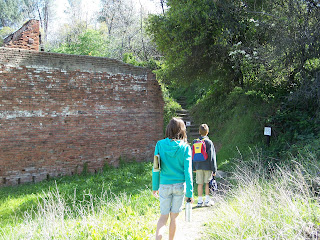 Now, it's a row of very cool crumbled brick buildings.  There's a museum in the old courthouse, and the gallows which actually had at least one public hanging of a bank robber. (They have a picture of the event, and his jeans with bullet holes and all from the attempted getaway.) There's also an old fashioned brick oven bakery and a blacksmith shop which are open at certain times complete with folks dressed in historical garb demonstrating what life used to be like. 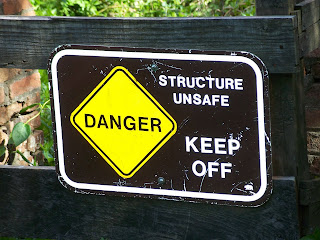 Mainly, there are lots of unsafe structures to explore, and which my boy child naturally wanted to climb all over. My Girl Child looked like she was thinking that it might actually be a fun idea too, and they were both a little disappointed that I said no. I figured those remnants have withstood the last hundred years of fire, rain, earthquakes and storms, and it would be really embarrassing to have my children be the ones that knocked the historical site down in the end. Not to mention that broken bones and hospital visits tend to ruin a perfectly good outing. I know, I know....I'm such a stick in the mud. 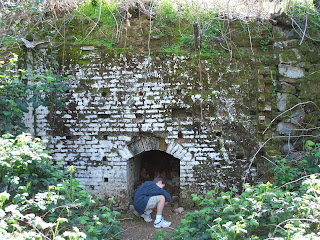 Thankfully, there was plenty to check out around the buildings without actually climbing on them, so the kids still had a nice time, despite the fact that I spoiled their plan of balance beam walking like Ninjas on a one hundred year old crumbling brick wall.
After exploring a bit, we had a lovely picnic of cheese, crackers, fruit and Nutella on a big sunny lawn in front of a beautiful replica of a huge barn that burned down at some point in the past. Chocolate covered fruit does help ease all kinds of disappointments. They may think I'm cautious, but at least I carry good snacks.