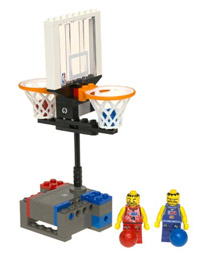 Well, last week I was lamenting the fact that I may have turned just slightly into a bad sports mom. I was a tad embarrassed by my enthusiastic hollering, and concerned that I had crossed the line into crazy sports fan. It's not like I was painting my face or waving a big foam #1, but still, I felt I could lighten up. So, I worked really hard to make sure I stayed positive for the game today. I took it easy on the caffeine, only shouted encouraging things, and didn't get upset when the refs missed call or made mystery calls. It really helped that the kids on the other team didn't seem to have any obnoxious behavior going on. There was a bit of fouling on both sides, but it seemed like the kids were just really getting into the game, not like they were being malicious.

The parents however, were another story. Let me just start by saying my goodness people, it's a stinking kids game! You might want to relax a little. I know I've been enthusiastic, but some of these people were awful. I made the mistake of sitting in front of a family that had some of the most negative and unpleasant people I've had the displeasure of sitting near. They ranged in age from a teenager, to a couple of parents, and an older fellow who I'm guessing was Grandpa. They had bad sportsmanship going on at every age. From the minute the game started, they started in. I am pretty sure they complained about every single call that was made the entire game. Even if the call was a foul in their teams favor, they complained that it wasn't the right kind of foul. They called the refs (who are just teenagers themselves) a whole bunch of names, then they started in on the coaching strategies, and in between they went as far as to verbally bash on the children. This is a 5th and 6th grade league, and the Grumble family members were saying things like "Where do they get these kids anyway?" and "Phhht! Where'd they learn to shoot like that?" and "What's the matter with that kid?" 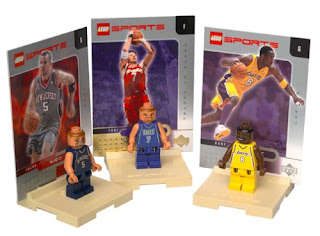 Um, they're 10 and 11 year old kids playing kids basketball- they weren't recruited for a pro team. What the heck were the Grumble's expecting? Grandpa even stood up to yell that someone was an idiot. Eventually, I had to move and sit elsewhere. I just couldn't take it. Even from a few seats away, I could hear the Grumble family saying things like "I could coach better than that!" Well then, by all means feel free to volunteer yourself to work with other people's kids for no absolutely money, and spend a couple hours of practice and another couple hours with them for games each week- go right ahead.

Actually, I'm glad they weren't coaching. The other teams coaches, whom I'll call Big Daddy and Big Daddy #2 were almost as bad. They argued a whole bunch of calls with the refs, and were not exactly gracious losers. The game was a tight one the whole way, but in the last 10 seconds, we were ahead by 2 points. They fouled- I don't know what for, but Big Daddy and Big Daddy # 2 looked like their heads were going to pop. They were all red faced with veins bulging and the whole bit shouting that it was not a foul. We got a free throw, which brought us up another point and we won by 3 points. The Big Daddies were out front as we left the gym complaining that they didn't think they would be allowed to coach next year. Gee, I wonder why?

So, I feel glad to know that, thank Goodness, I am not "that" bad. Whew! The amazing thing was that the kids who were on the Bad Sport team did not seem to have so much of the bad sports thing going on themselves. At least not that I saw. Maybe the adults had taken it so far that the kids were embarrassed by it. Hopefully, they will be able to resist going over to the dark side themselves as they get older.

There's only one more week of this basketball season left, and I am again going to be working hard to be positive, even if negativity is in the air. I'm curious, and could use some tips here though..how do other people maintain a good attitude around negative adults? What do you tell your kids about it?
No comments: