Confessions of a Bad Sports Mom 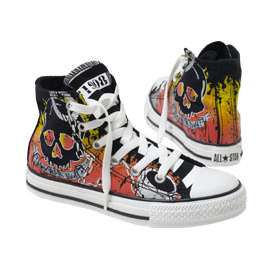 There seems to be a fine line between enthusiastic cheering and yelling like a mad woman while at children's sporting events, and I think I may have crossed it. It's rather embarrassing, but feel like I need to do one of those AA style confessions:
"My name is Pamela, and apparently, I'm sort of a bad sport."

I don't know how I got to this place. I never would have considered myself to be a bad sport, or even a competitive person. I kept my kids out of competitive things while they were young, and tried to stress the importance of having fun over winning and all that. In fact, I went as far as to make fun of the "Parent Contract" that our local recreation office has the adults sign before their kids are allowed to play. It states that we won't argue with or yell at refs, coaches, or officials, nor will we yell at the kids or instruct them from the sidelines. "Who does that kind of thing anyway?" I thought. Well, as often happens when I publicly mock things, it comes back to haunt me.

For the record, I was not in the least bit looking forward to my Boy Child's basketball team being in a league that kept score this year. In the 5th and 6th grade league, there really isn't a choice. I guess by that point, they figure that kids can deal with the fact that not everyone wins all the time. After a painful basketball season last year, that would have been even more painful if the scoreboard was being used, I was not so excited about score keeping. Boy Child however, couldn't wait. He thought it would be the greatest thing ever. "Where did this competitive child come from?" I wondered.

Boy Child has always been a bit competitive in board games and when learning new skills, and while he's a sweetie in general, he isn't always the sweetest thing when he wins or loses. I've had to remind him on occasion that when a 10 year old finds such joy in creaming a six year old at foosball, perhaps he's taking it a bit too seriously. Likewise when losses are always accompanied by "the sun was in my eyes" or "I didn't feel good" or some other reason that implied he certainly would have won the opponent otherwise, it's not the best example of sportsmanship. So, I was a little worried about how basketball would go.

Well, this basketball season has actually been going well, on his end anyway. He's on a team of nice kids with nice coaches. The wide range of sizes of the kids in 5th and 6th grade is shocking, and the skill level has quite a wide range as well. They've had about an even number of wins and losses, and have generally played their best. They always seem to be playing fair anyway. The one kid on his team who is probably the most likely to foul isn't mine (thank God) and doesn't seem malicious, but frustrated and at a loss when he does it, and the coach calls him on it.

It doesn't seem that every coach and every team in the league have the same thing going on though. Not only are some of the players giant children that are bigger than I am, but some play what looks like street ball, fouling all over the place. I'm not sure on all the rules, but even if it isn't against them, some behavior is just plain obnoxious. For instance, one player on another team had a strategy where anytime our team had the ball, he would get right in the other players face and just scream really loudly. At first I thought he had some sort of mental disorder, but then I think that was just his way of psyching out the opponent. Having someone screaming "AAAAAAAAGGGGGGHHHHHHHHHH" five inches from your nose certainly looked distracting, and while I did not mention this to the kids, I personally might have been tempted to bounce the ball off his head to encourage him to shut up. In our last game, a boy on the other team who was guarding my son kept a firm hand ON my sons chest, shoulder or back- physically touching him the entire time. It doesn't seem like that would be allowed, but the refs didn't call it. Still, this was a really annoying strategy. I have told my son to steer clear of fouling, but I think glaring at the kid with a really mean looking, mad dog face, and maybe even flaring nostrils and growling would have been OK since the kid didn't respond to words.

So, I started the season with the assumption that I would be a positive cheering parent with a good attitude win or lose, but it's turning out the good attitude isn't so easy as I thought it would be to maintain, especially when you see kids acting rudely, and no one is dealing with it. Our last game also featured about a half dozen major "hand in the face" kind of fouls that didn't get called, while a bunch of really minor and mysterious things the kids didn't understand had the whistles blowing. I didn't argue with the refs, although I could see now how a person would want to. I don't think they were being impartial- I just think they were teens learning to be refs, and probably doing their best, even if they did appear to be blind at times. But what about the other coaches and parents? Why weren't they telling their kids to stop screaming, touching or doing whatever other nasty behavior was occurring? This is the kind of thing that inspires irrational yelling and crazy behavior from otherwise normal parents. We aren't upset about the winning or losing, we're annoyed at the way they are playing the game, and bad sportsmanship, like bad attitudes in general, seems to be contagious.

I guess that's how I found myself doing embarrassing things I never would have imagined such as encouraging these boys to be more aggressive, yelling "Take the ball!! Get it!!!" with a big scowl line in my forehead, and sometimes even muttering jinxes on the other teams children while they are shooting free throws. I do feel slightly bad about the jinxing of children, and realize in hindsight that some of my enthusiastic cheering most likely crossed the line into hollering like a nut job, but I comfort myself by knowing I certainly was not as crazy as the mom who muttered that she was going to make her son run a mile because he missed a shot.

Now, I find myself wondering about the parents who sit quietly on the sidelines, clapping politely though. How do they do it? I used to be one of them too, I think, but I guess I failed at maintaining it in the heat of the game. I find myself thinking that obviously, those calm and quiet parents didn't consume the quantity of coffee I did,but I know that sounds a little like the excuses my Boy Child was making about losing at foosball.

I also find myself thinking that those other parents are probably just nicer people than me. My competitive streak is out of the closet, and it's ugly. I wonder if my son's competitive nature has been a reflection of me all along? But, I know that guilt self blame aren't going to be productive. Still, I don't like the direction my sports mom persona has taken. I think staying off the Crazy Train might be easier than trying to reroute it once I've already boarded. So, I'm planning on reducing my caffeine intake prior to games just in case, as well as taking a moment to meditate, breathe and focus on the mom I actually want to be, and not the crazy one I was becoming.