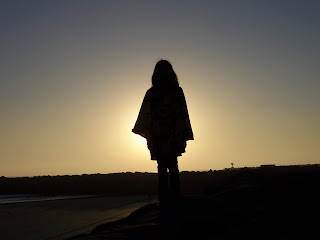 I've been thinking lately about what exactly makes a good teacher, and it's not a degree or certificate, that’s for sure. People who've earned those pieces of paper may have gained all sorts of knowledge, but it certainly doesn't guarantee that they'll be any good at teaching.


I would guess that most of us have had teachers who were awesome, who loved their jobs and the material they were teaching, who wanted to share that love with their students. But, most likely, we’ve also all had teachers who simply should have been doing something else besides torturing students and killing any interest or joy in learning- the ones who don't even seem to like students, but seem determined to spread misery. 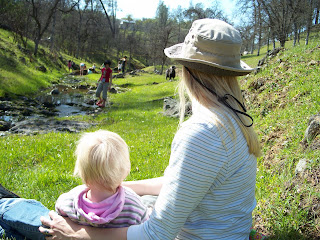 When a family makes the choice to homeschool, the parents are often questioned as to their capability to teach, as if having that piece of paper is the only way they could handle teaching their kid. The fact that they studied fashion or business in college, or...heaven forbid...they didn't go to college, makes them incapable of sharing any other knowledge.

The pressure comes from within too. Years ago, a good friend told me she "didn't feel qualified" to homeschool her child. The friend had an engineering degree and her child was three years old. Seriously.....it was preschool, as in colors and counting, not rocket science for goodness sakes. Like most kids, this one was sent off to professionals, and fortunately most of them have been decent so far.

Other kids I know have been subjected to teachers who've humiliated and labeled them, and pretty much convinced them that they're stupid. The kids aren't stupid, just bored or wiggley or interested in something besides what the teacher is trying to make them learn. I’ve been pretty judgmental about bad teachers in the past, but I also think that a large part of the problem is in the very system itself. 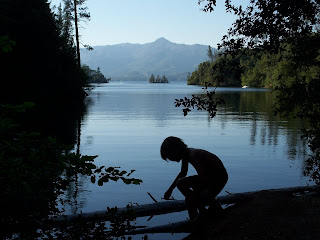 Having sat on both sides of the teachers desk, I know without a doubt that the students I enjoy most are those who actually have an interest and want to be there.
Excitement is certainly contagious - if the teacher is excited, the sentiment is likely to spread. The key to it all is interest though. If the students genuinely don't want to be there, but they feel forced into it, then they aren’t going to learn in any real, meaningful or long term way. So, in that scenario, what exactly is the point? It's a waste of everyone's time.

It's great when a teacher wins over reluctant sudents, although it's a lot easier when the students actually wanted to be involved in the first place.
When "students" start out uninterested, and remain so, well... everyone involved (teacher, other students, and the one who doesn’t give a hoot) would all be better off if that reluctant person chose to spend their time someplace else. The trouble in many instances is that the student does not have any choice- they have to be there. The thing is... you can sometimes force a person into a learning environment, but you cannot force them to learn. Even if you succeed in coercing them into memorizing facts or passing a test, you can’t “make them” remember long term, nor can you make them care. It's not just with kids either. Besides homeschooling my own kids and teaching a few homeschool classes, I also teach Childbirth Ed and Breastfeeding classes to adults. Most of my students are willing- at least the moms, some of the dad's were drug there, and you can tell. I try to make it fun for them, and generally win them over, but once in a while, they just aren't into it. Personally, not to be rude, but if they don't want to stay, I prefer if they skip it then. If someone is coerced into coming and spends the class texting, rolling their eyes and sighing the whole time, it's not exactly joyful for me, or the person sitting next to them.
I've realized that I prefer to be in a role of facilitator rather than teacher. The difference isn’t just the wording. It’s also the attitude. I don’t feel the need for any of my "students" to take an exact piece of knowledge from the material. I don’t need to test them to see if they learned what I wanted them too. Instead, I’m interested in what was important to them--- what they did learn.
I want to know what my students, whether children or adults, are interested in and to help them find the answers. We all take away different bits and pieces based on what’s important and matters to us. I want them to get concepts and understand processes- to question and think. I don’t want them to just fill in bubbles and parrot what I tell them. 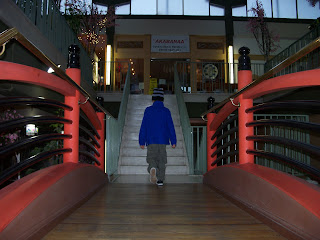 In my recent experiences of teaching kids other than my own, I enjoyed it so much that I briefly considered getting a teaching credential someday. Then, I thought about the hoops and constraints and frustrations of trying to force feed prescribed material to non willing kids. No thanks. I don't think it's a system I'd fit into very well.

I think I'll stick with being a freestyle facilitator. I can bring interesting material and have fun sharing ideas and projects of my choosing. I have the flexibility to adapt and change things based on the individuals and the group I'm working with. The students enjoy the time, and so do I.

For parents who are afraid you aren't qualified to teach, you might try facilitating instead.

Yes, yes, I know that at some point there are things they "have" to learn. But if you can be flexible on when and how, and trust the students, you might have a lot more fun, and be amazed at what everyone picks up in the process.