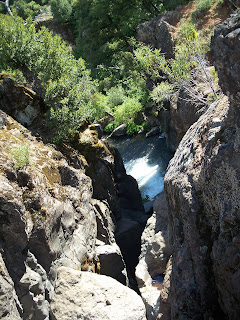 It never ceases to amaze me how much people love to share and spread fears. I don't know if freaking other people out in the process is a motivator or just an unfortunate side effect, but in either case, I wonder what the point is. It certainly isn't very productive or helpful.

Here's an example- My kids and I are planning to visit all 50 states in the next few years, and are currently preparing for the first leg- halfway cross country with 2 kids and a tent. Some people are excited for us, but others can't seem to tell me enough just how dangerous the idea is. You would think we were heading off in a canoe down an uncharted river full of poisonous snakes instead of driving on public highways in a developed nation. They say we could be mugged, murdered, abducted. Lions, tigers, bears- Oh my!

The fact that we walk the streets downtown in our own city all the time and theoretically we could be mugged and murdered right here at home is something they don't seem to acknowledge. When I asked one relative in particular about this, (who was so nervous at the thought of my journey that she had an attack of the hiccups) she said "Out of state weirdos are always creepier than local weirdos." Well, I took a good look around, and it seems to me that there's weirdos a plenty all over the place, including an abundance of locally grown creepy ones. I just try to steer clear of them. Just a few minutes perusing the local news online brings up plenty of stories full of big time creepers as well as just general idiots causing trouble. 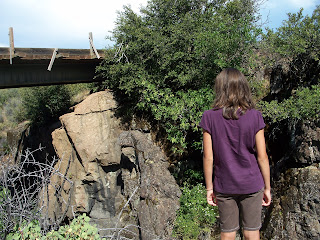 That's precisely why I avoid large doses of the news. I do like to know what's going on in the world for the most part, but I also think it's damaging to be bombarded with all the trauma, woe and suffering that most news media is focused on. Who needs all that bad news? And where is the good news?

I had a rather negative and bitter person imply that I was naive and sheltered because I prefer not to watch bad news, especially with my kids. They said we couldn't just pretend bad things weren't happening in the world. I found it interesting that this person who has a steady diet of not only news, but numerous homicide shows, does very little if anything in the way of volunteering, donating or otherwise trying to improve the world. They do seem to spend a good deal of time complaining and brewing fears. I may not enjoy watching images of devastation and death, and I try to avoid putting the images in my kids minds either, but we are all aware there are plenty of things that need fixing in the world. We just prefer to spend our time and money trying to help where we actually can instead of just gawking and complaining. 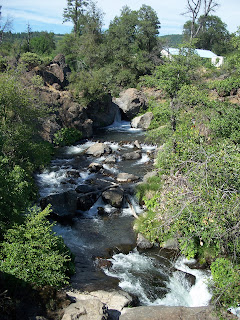 Sometimes I know fears are based on genuine concern, as in the case of my hiccuping relative, but other times I'm not so sure. I teach childbirth classes and my clients are often slammed by horror stories of everything that could possibly go wrong. For goodness sakes- the world is overpopulated because the whole birth / baby thing works. And how exactly is telling scary stories about childbirth to a pregnant woman who is about to go through the process supposed to be helpful? The stories never seem to have any type of prevention theme, just fear about how close to death they will be. My theory is that sharing these nightmares is therapeutic for the teller, and they usually are not even thinking about the impact it will have on their audience. Maybe if they realized how much anxiety they were creating they would shut up?


Since some people probably won't realize, and won't shut up with their fear spreading, I just tend to smile at the talker and pretend I am listening while making a noise in my heads to block out the story- something like you hear on Charlie brown when the adults talk "Wah, wah, wah, wah wah"  or I also really like "I can't hear you. I'm not listening. You can't make me." 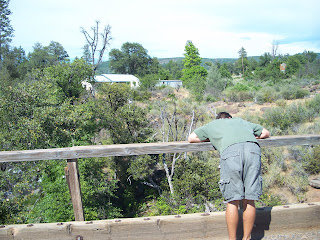 I figure that life is full of adventures, and they generally are a little scary. That's what makes them different from ordinary, every day life. I just don't want to be so afraid of things that I miss out on opportunities. I'm trying to teach my kids to be safe and smart, not fearful. The world is a wonderful place, and we want to see it. So when we head across country or just out the front door, we'll just try to use our brains, and ignore the fearful freak outs.
2 comments: