More Art For Me 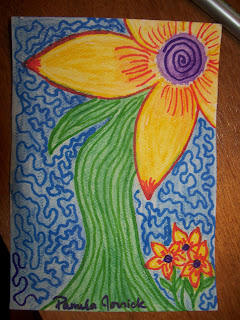 In my attempts at being Homeschooling Madre Extraordinaire, I have a tendency to get my kids involved in all sorts of fun and artsy things. Looking around, I see I'm not the only one who makes sure their kid is well rounded, but slowly lets their own cool stuff fall by the wayside.

Aside from the outside activities, I make sure to get my kids groovy art supplies and kits for gifts, which is awesome because I at least get to partake in making projects at home. As an added bonus, I get to do all sorts of things I wished I could have done more of as a kid. (Like Shrinky Dinks- but more about those later..)

In any case, it's not that often that I start a creative project just for myself.

Bur, when I found the Art House Co Op, I began a mini revolution. They're a group out of Brooklyn- a world away from me on my petting zoo in Northern California- and they host all kinds of art projects that people all over the world can take part in. Some are free, some aren't, but they're all a chance to be a part of some big group effort in far away places.

I started with the traveling sketchbook project. It took me forever to start and was a big last minute mania to finish it, but I had a blast. 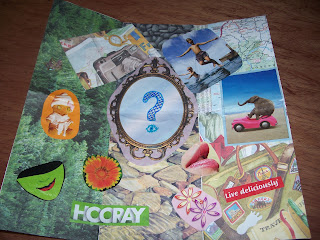 Next was the meal. It seemed like a simple idea, but was harder to execute than I imagined.

Still, I had so much fun with those that I signed myself up for what amounts to about a project a month all spring. There was a hand written note exchange, a mini artwork exchange, a map project and a photo response.

Making art just for me made me really, really happy. Of course, I could always take a few minutes to do art on my own, but signing up for a project actually makes me accountable, which increases the chances of me actually doing something. It's also more exciting to send your stuff off somewhere than to have it live in your closet. 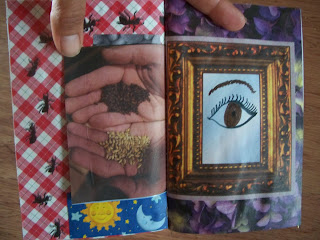 Sometimes, I'll look at the work of the other artists and think "Oh shoot...they're really good" which is followed by negative self talk about me not being good enough or real enough. Does everyone have that annoying inner critic? Well, to heck with that. I'm just going to enjoy the process of making the art and if it doesn't look like the other artists, it's because I did it. With purple velvet and rainbows and glitter (except the Art House folks discourage glitter as it falls off and infects the non- sparkly work)

I'd encourage everyone to find their own little piece of creativity wherever they can- in the kitchen, with your camera, wherever. It's great when it includes the people you love, but it's OK to have your own thing too. What ways do you find to keep your creative spirit alive? I'd love other ideas...
2 comments: Links to this post