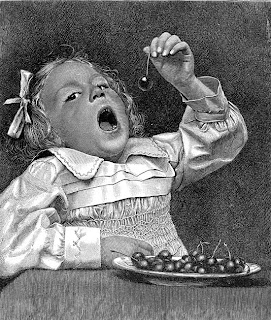 There's nothing like taking a Nutrition class to squelch my favorite healthy eating illusions. I thought it would be a great online college class for me- one that I could share in the learning with my kids- I love healthy food, I love raising healthy little people, and this smug little part of me felt that I already have pretty darn good nutrition. We've been eating whole grains for years- lots of fruits and veggies, in season, fresh and ripe, picked at it's peak, and all that. I'm not big on meat, and very rarely eat fast food. The junk or processed foods I do feed my family are usually at least all natural, if not organic versions. (Thank you Trader Joe's)  In fact, at times, I can be a bit of a food snob, so I was rather taken aback at how this class keeps exposing my flaws.

A number of things that I cling dearly to- like the health benefits of red wine and dark chocolate for instance- well, this class had to burst my bubble by pointing out the extreme calories, carbs and fat that go along with them and pretty much diminish the benefits. Thanks a lot. Then, we had to do this intense three day diet analysis, keeping track of every gram of food or beverage we consume, and logging them into a computer program. The computer proceeded to point out the incredible amount of cheese I eat. Since I don't really like milk, I was justifying cheese as my source of calcium. Apparently, I'm still deficient in calcium, but have plenty of fat in the form of Brie. That actually explains a lot about why I need bigger pants, although I still prefer to think they are shrinking in the dryer. There was also an alarming amount of fat in a tasty super veggie burrito with cheese, sour cream and guacamole, which totaled about a days worth of calories and fat in one meal. It was really good, but reading that kind of spoiled it for me. Perhaps I should have clued into this possibility since it came from a restaurant named Los Gordos. My Spanish speaking skills are remedial, but I'm pretty sure that means I ate my lunch at a place called "The Fatties." And to spoil the fun even more, my kids were reading along with me, so now they are wise to their mother's shortcomings. 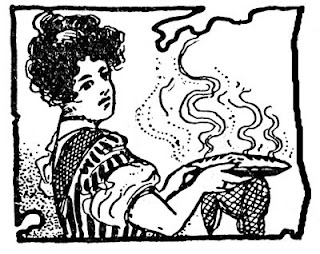 Still- some sources of fatty lunches just seem more obvious- a big greasy burger and fries for instance- if I ate that I would feel  like I ate a big, fat-filled lunch. I'd be sluggish, and all blah. But a veggie burrito not only sounds better- it feels better. Too bad the fatties have never heard of non fat sour cream or yogurt for that matter. Big restaurant salads can be the same way- more calories than a burger, and mostly due to fatty dressing. What kind of madness is that?

A similar disappointment  happened a few years ago, when thanks to some annoying news story on NPR, I learned that my grande mocha had a full days worth of calories. I really like my $6 coffees, but I guess it's a good thing I can rarely afford them. It just really diminishes the pleasure of something to know that much about it. I would love to just say "who cares?" and consume away, but as I look down at my spreading lower half that is sitting in an office chair for far too many hours these days, the tasty treat just loses a big chunk of appeal.

I thought I was pretty good at enjoying things in moderation, but once again, that diet analysis revealed that I am apparently more of an indulger in things than I realized. I guess I'll have to be careful with that, especially since it was also pointed out that "as people age beyond their early 30's, metabolism slows markedly." Boy, they just don't stop with this buzz kill business.

It isn't as though I have a bad diet though- it's still pretty darn good- it's just not nearly as good as I had thought it was. Maybe I should take consolation in how much worse other people's diets are. Yes, that should make me feel a little better. My cheese, chocolate and wine loving spirits are slightly dampened, but I think I'll embrace a French attitude of enjoying delicious things in life, just not with American size portions.

So, what do you all think? Is knowledge on matters like these power, or is ignorance bliss?
3 comments: Links to this post