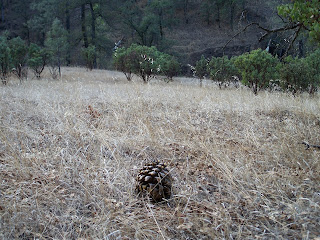 We've been thinking a lot about water at our house these days. I think most people in America can take water for granted, and they have no reason to think how lucky they are. I don't just mean clean water- there is plenty of pollution in waterways, and a lot of city tap water tastes similar to a swimming pool- but when you can just turn on a tap, and it never runs out, you don't really need to put a lot thought into it. You hop in the shower, you wash your laundry and water your plants and there's always plenty of water. It just keeps coming. Even if you have a high water bill, or an ethical conviction and you take steps to reduce water use, there is still the blessing of knowing the water is there if you need or want it. All you have to do is turn a handle. 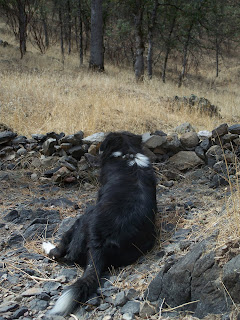 Of course people in undeveloped countries often don't have access to water, but it's not something I ever really thought about for myself personally, at least not while I'm at my home in the US. Now though, I do think about water a lot, especially at this time of year. Living out of town with a well for our water source, we've had to face the reality that there is not always plenty of water. In fact, we've had our well stop pumping because we were actually out of water more than once. The worst instance was a few years ago when our neighborhood had been evacuated due to a threatening wildfire, and a neighbor had left a sprinkler running on his roof for days. When we returned home, neither of us had any water for some time. Apparently, even when you have your own wells, if the underground source is shared and it gets used by someone else, you're out of luck too. This has happened other times when people move nearby and think that they are going to be able to have sprawling green lawns or keep their fish ponds full all summer. Everyone who has lived here for any amount of time knows those things aren't going to happen, but for those new to it, there's a bit of denial. Eventually it sinks in though, usually after several expensive visits from the well driller and the water hauling truck. 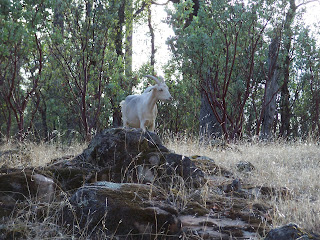 Of course, the water has come back, although slowly and not in large quantities, but the only casualties were some plants. When people hear that we ran out of water, they are always so amazed because it seems unthinkable that such a thing could happen. Yes, it's pretty inconvenient to find out you've used up your water, but I still know that I'm lucky. No one is going to die because we're out of water, well except for maybe a few plants. We just have to hop in the car, and we can buy a few gallons to drink or go to a family members house to shower or wash clothes. We don't have to hike for miles, or drink dirty water that an ox bathed in and that will make us ill, so by world standards, having a few flowers die isn't really such a big deal. 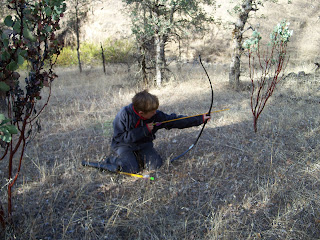 I think I was pretty respectful of resources before I ever knew what having a well in a really dry area could mean, but turning a pipe on and having nothing come out, and then knowing that you can't do anything but wait for however long it takes to come back, has made me even more conscious and cautious about how much water we use. We've had to make choices, and let go of certain things- like my idea of a summer garden. There will also be no slip n' slide in my childrens' future, nor will they be playing in sprinklers at home. It's a little frustrating to see sprinklers running off down the sidewalk and into the gutter in town, or water shooting away over fields in the mid afternoon sun and evaporating 1/3 of the water that comes out. The people who turned on the water probably don't even know it's being wasted, or have any idea that it's even a problem. 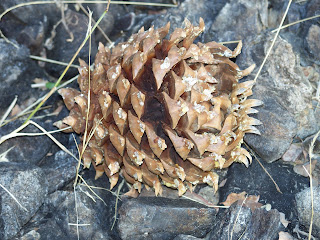 Looking on the positive side, it's given us plenty of real life opportunity and desire to learn more about water usage and conservation. We've learned about gray water systems, rainwater collection and drought tolerant landscapes, and we've been able to implement some of the things we've learned into our lives. It's also made us think a lot about all the people in the world who will lose much more than their summer gardens because they don't have enough water, and what we can do about it. Knowing that there are mothers who will lose their children because they don't have any clean water makes me incredibly thankful to have the access to water that I do, even if it does run out now and then.

According to Charity: Water , "One billion people on our planet lack access to safe, clean drinking water. That's one in eight of us. 80% of all disease is attributable to the lack of water and basic sanitation. Unsafe water claims more lives each year than war." Charity: Water is a project dedicated to building freshwater wells in Africa. I came across it through the Art of Non Conformity blog, and thought it a worthy project to support and spread the word about.

I assume most people reading this have plenty of water, and I'm glad for that. Even if it is just as easy as the turn of a knob, I hope you'll think about the precious resource water is, and not let it go to waste. We truly are blessed to have it. And, if you're so inclined, maybe you'll want to find a water project to support, or check out the one listed above that helps some of those people in the world who aren't as lucky.
3 comments: Links to this post