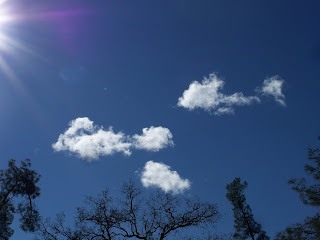 Yesterday started off with such promise for good things.... and promptly took a nosedive. It was the first morning of a new project that unfortunately required us to leave by 7:30 AM. If you have read my blog or know me in any way, then you may have noticed that leaving the house in the 7 o'clock hour is not something I like doing at all. In fact, I dislike it and make an effort to avoid making a habit of it. Mornings are my happy and quiet time when I prefer to be left in my own little bubble.

But, the kids had this good opportunity so we decided to go for it, and I was actually feeling positive at how well our morning was moving. Just as we were almost ready to head out the door, I asked my Boy Child to get the ice chest and some frozen water bottles, as I planned to do a little food shopping in town. He came back from the garage to tell me that there were no frozen bottles. No problem, I thought- I'll just buy ice, but then he mentioned that there was four inches of water on the bottom of the freezer. That is never a good sign. 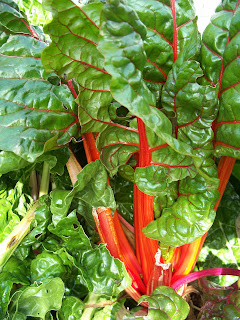 I went out to find tragedy. The entire contents of my huge freezer had thawed and were ruined. This was not just food that I bought at the store either. My Girl Child and I had spent hours and hours laboring this summer to make soups, sauces and broths with the bountiful summer veggies and herbs. I had never done anything like that before- filled my freezer with food I had made from scratch- and I was feeling so proud and Ma Ingalls like for having put away all that home made goodness to feed my family healthy food all winter.

Baffled, I looked around as to why on earth my food was no longer frozen. The plug was in. The circuit breaker was on. Then, I came to the on / off / temperature control knob on the outside of the freezer. It had a skateboard crammed up against it, and was turned all the way off.

Now I know that nobody turned the freezer off on purpose, but I think the owner of the skateboard- the one who crammed it there- might have some responsibility in this matter. I called him to look at the evidence. Immediately, he went to denial and shifting the blame which only made me more annoyed and angry. 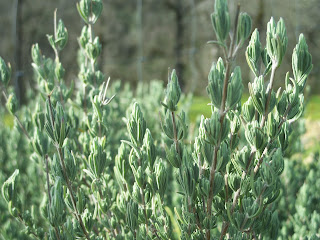 We had to leave to get the kids to their obligation, and were supposed to be spending the next 12 hours in town. There was no way I was going to come home to face that mess after that long of a day, so I made the executive decision that we would cancel our afternoon plans, including guitar and band practice. Here came Round 2 of annoying responses as the Suspect semi- complained that he would have rather skipped the morning obligation- which is harder, longer and requires a lot more thinking, but also allows me to go to a yoga class and sauna while they are busy. Guitar practice is not long enough for me to do much besides a quick grocery run. Since we were supposed to be at Activity 1 in less than a half hour, and I felt that I needed yoga more than a grocery store trip, I basically told him to cork it, and my plan won.

I dropped the kids off, still stewing and deepening the crease in my forehead, and headed to my class. I had a few minutes and decided to call my Dad back. He shared with his own tale of woe about a faucet that leaked and flooded his laundry room, the office on the other side of the wall, and probably damaged some shared walls in his condo requiring the ripping out of walls, carpets and other massive efforts. OK, I realized I'm not the only one with troubles. 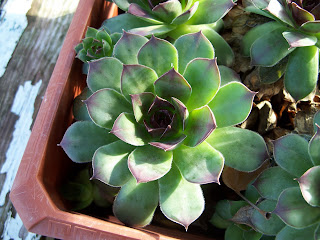 My yoga class started and was taught by a lovely woman who just radiated relaxation, while softly encouraging you to hold near painful positions for long periods of time. All the deep breathing and stretching was helping, but I still couldn't help an occasional snarl when I thought of the loss of time, money, food, and effort and the big mess still waiting for me. I thought of how most of the contents were in expensive glass jars so I couldn't even just throw them away, I had to wash them, and how I dislike doing dishes about as much as I dislike going places early mornings. I breathed deeper and tried to listen to the calming voice of the instructor.

The class was nearly over when a woman with swollen, red eyes appeared in the doorway and waved to the woman on the mat next to me to come out of the class. She quickly headed for the door, and before it could close, we heard the words "Your brother is dead." 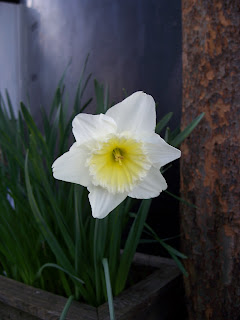 My tense jaw dropped, my breath stopped and everyone on that side of the room froze for a moment, not sure we had heard correctly. Sadly, we had heard correctly, and while I don't know these women or the details of what happened, my heart felt for them so much at that moment. I recognized the look of shock and pain on the mother's face, and I remembered the feeling of hearing that my child, my first son, had died so many years ago. The foggy brain, the disbelief, the details of hallways and paintings and faces of hospital staff-  those things are burned into my brain forever.

For the rest of the day- in the sauna, while picking up my kids, and even while cleaning up the freezer mess- those women were in my heart, and I felt like I was grieving with them. The loss of my freezer contents was a bummer, but just isn't that big of a deal in perspective.

I hope that family is being loved and supported as they go through the next hard days and weeks. I know I'll be thinking about them, and sending prayers their way. I also know that no matter how annoyed I am with my own kids, I'll be hugging them a lot anyway.